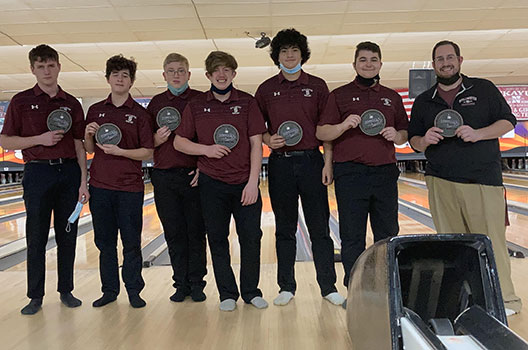 Stillwater’s bowling team finished third in a field of 20-plus schools at the Class C Sectional tournament in Schenectady on Friday, Feb. 11.

“This was a huge accomplishment for the squad, and we were the talk of the lanes, competing at the top of the pack with a starting roster of no seniors and two freshmen,” said bowling coach Jim Martin. “Everyone contributed for an all-around solid team day.”

While team members did not earn individual awards at Sectionals, several were voted as League All-stars by the Wasaren league coaches, with their names to be announced at the upcoming banquet.

Congratulations to the bowling team as they head into the off-season with their eyes on a league and sectional title next year.