The Stillwater fifth grade band scored an impressive “superior” at the Trills and Thrills Music Festival on Friday, June 1 at the North Warren Central School District. The performance was scored on a scale from 0-100, with three main scoring categories, the highest being “superior.”

The band, consisting of 40 students, spent the past six months preparing for this event. Since January, the students have spent countless hours of individual and group practice to achieve their goal.

“I am incredibly proud of every student who performed,” Elementary Band Teacher Mr. Patrick Foxton said. “This is an extremely rare opportunity, and for them to earn the highest possible score is really amazing.”

Foxton says this is one of the most dedicated groups that he’s had the opportunity to teach.

“A lot of my students are busy with extra activities outside of school and to see them still find time to practice and to still be motivated learn in my class is special.” Mr. Foxton said.

Congratulations to Mr. Foxton and the fifth grade band! 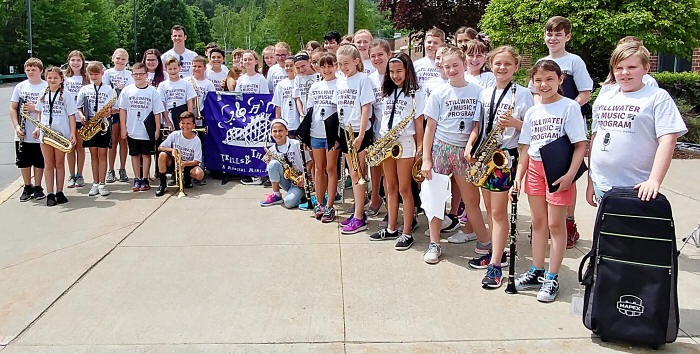