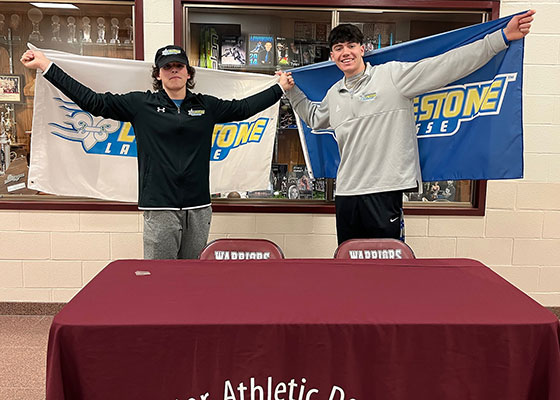 Stillwater seniors Nicholi Halse and Michael Marinello signed letters of intent with Limestone University, where they will compete with the men’s lacrosse team, at a Jan. 20 ceremony in the Lilac gym lobby.

Nicholi will study Health Sciences and Michael will study Exercise Science at Limestone University, which is located in Gaffney, SC, and has a Division 2 lacrosse program that competes in the South Atlantic Conference.

“Congratulations to Nick and Mike,” said Stillwater Athletic Director Mike Kinney. “Their hard work and dedication have paid off, and we look forward to watching and following them at the next level.”

In the photo at the top of page, from left: Nicholi Halse and Michael Marinello, holding Limestone University banners 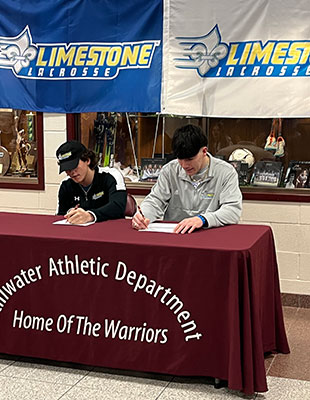 In the photo above, from left: Nicholi Halse and Michael Marinello signing their letters of intent. 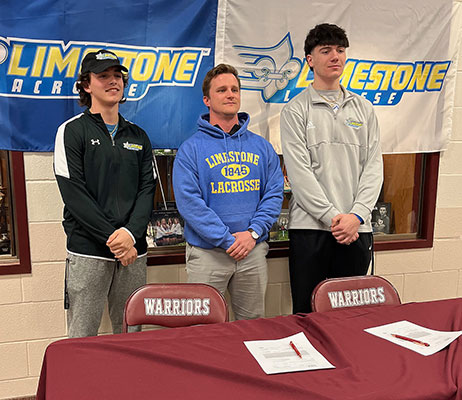