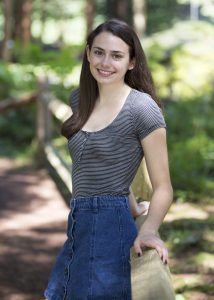 Senior Ashley Pacheco was chosen as a 2019 recipient of the Saratoga County School Boards Association Community Service Award. She was honored, along with other 11 other seniors from Saratoga County high schools, at a dinner on Monday, May 13 at the Holiday Inn Saratoga.

At Stillwater, Ashley is involved in numerous clubs and initiatives. She is the student leader for the Elementary Drama Club, the president of Friends of Rachel and a Link Crew leader. Ashley is also a part of Student Government, National Honor Society and she helps out with The Stillwater Warrior Project, also known as the clothing closet.

In the community, Ashley volunteers the Stillwater Community Center Festival of Trees and the Christmas party at Double H Ranch.

Along with this recognition, Ashley received a $150 scholarship from the SCSBA.